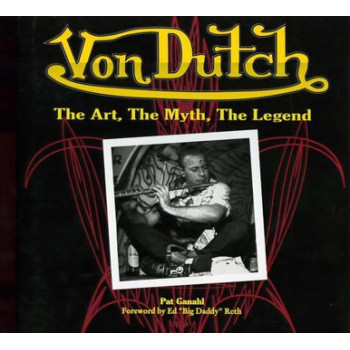 VON DUTCH: THE ART, THE MYTH, THE LEGEND

Von Dutch is one of the most interesting characters in hot rod, lowbrow, and pop culture history. Considered the founder of "modern" pinstriping, he was a prominent character in many of the rodding magazines of the late '50s, and his fame endured long after he apparently tired of it. Besides being a striper, he was a gifted artist, machinist, and gun- and knife-smith. Using stories, quotes, vintage photos, and images of the art and other works he left behind, this book chronicles his life, from pinstriping beatnik to bus-dwelling hermit. Foreword by Ed "Big Daddy" Roth.