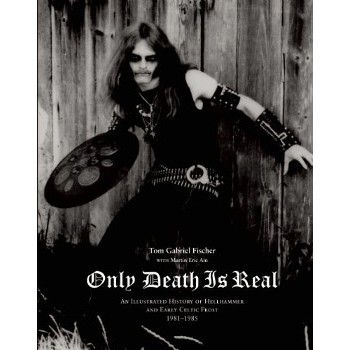 
ONLY DEATH IS REAL

An Illustrated History of Hellhammer and Early Celtic Frost 1981–1985. Combines hundreds of unseen early Hellhammer and Celtic Frost photos with a vast treasure trove of artwork and memorabilia. A substantial written component by Fischer details his upbringing on the outskirts of Zurich and the hardships and triumphs he faced bringing his groundbreaking death metal bands Hellhammer and Celtic Frost to reality. In addition, the book includes an introduction by Nocturno Culto of Norwegian black metal act Darkthrone and a foreword by noted British author Joel McIver.