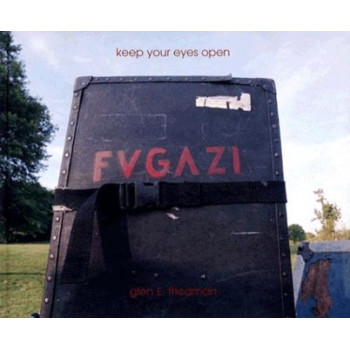 Released on the 20th anniversary of Fugazi's first concert, this book presents the best of Glen E. Friedman's unparalleled photos of Fugazi's members in almost 200 color and b&w images, captured by Friedman onstage and off between 1986 and Fugazi's last U.S. concert in 2002. Keep Your Eyes Open collects Friedman's most illuminating Fugazi photos for the first time, complemented by a new 6,000 word essay written by Fugazi and Friedman friend/ally Ian Svenonius, as well as insightful anecdotes from Friedman throughout. Fugazi evolved from DC's hardcore punk scene of the late 1970s and early '80s, and have operated independently of the music industry since they began, eschewing profit-minded sales and marketing practices in favor of a DIY ethos. Réédition 2019.