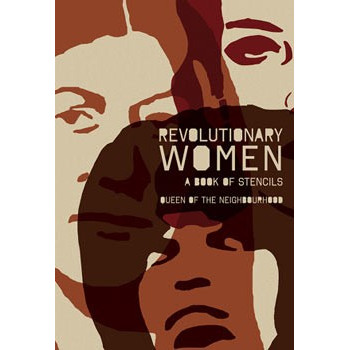 
REVOLUTIONARY WOMEN: A BOOK OF STENCILS

Queen of the Neighborhood

It offers a subversive portrait history which refuses to belittle the military prowess and revolutionary drive of women, whose violent resolves often shatter the archetype of woman-as-nurturer. It is also a celebration of some extremely brave women who have spent their lives fighting for what they believe in and rallying supporters in climates where a woman's authority is never taken as seriously as a man's. The text also shares some of each woman's ideologies, philosophies, struggles, and quiet humanity with quotes from their writings or speeches.