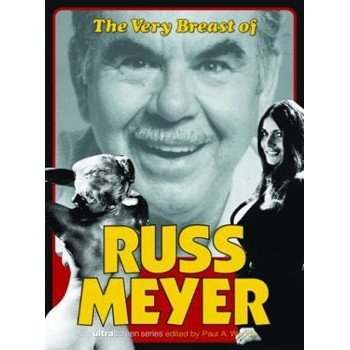 THE VERY BREAST OF RUSS MEYER

The only independent exploitation-movie director to make millions of dollars at the box office, Russ Meyer is also the man who introduced the American movie audience to nudity. He parades his obsession with buxom females through films such as Ultravixens and "Faster Pussycat, Kill Kill" without ever venturing into the arena of hardcore pornography. Spanning several decades, this unique book anthologizes Russ Meyer's career through a series of articles, interviews and reviews. A good number of photos (b&w).