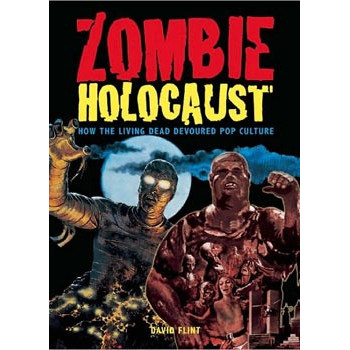 The zombies have taken over. These formerly marginal folklore figures have achieved the status of a pop cultural phenomenon. Film, television, literature, music, comic books, computer games - no contemporary medium has escaped the clammy grasp of the undead, whose mindless mentality reflects the modern nightmare. Zombie Holocaust is a lively illustrated history of one of one of our strangest and most pervasive fictional archetypes: the shambling, stalking, lethal living dead. From the mentally enslaved cane field workers in Haiti described in early-20th-century travelogues, to the savagely violent, cannabalistic mobs of George A. Romero's Night of the Living Dead, to the mindless hordes of soulless killers that regularly destroy our civilization onscreen and on the printed page today, the zombie has undergone an eye-popping transformation. With wry humor and unflinching attention to detail, this colorful book celebrates these creatures in all their fetid glory. Author David Flint excavates early accounts of how voodoo was believed to reanimate the dead, unearths horror movie incarnations from Bela Lugosi's White Zombie to George Romero's cult classics to recent Eurotrash zombies; showcases graphic novel and comic book versions like EC's putrefying nasties and Marvel's Tales of the Zombie; and much more. The book is both a fun pop culture survey and a deeper study of what underlies the undiminished popularity of these terrifying, tragic figures in an anxious, post-9/11 world.