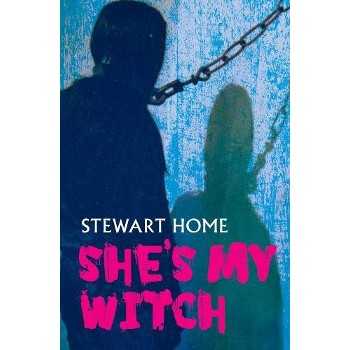 Strange things happen on social media, such as the almost chance encounter between a London born-and-bred fitness instructor and a drug-fueled Spanish witch. At first Maria Remedios and Martin Cooper share their love for super-dumb, two-chord stomp in private messages, but when they meet magic happens. Maria knows that she and Martin have been lovers in past lives, and sets out to convince the former skinhead that her occult beliefs are true.

The main narrative takes place in London between 2011 and 2014, detailing riots, rock-and-roll excess, and the times of austerity leading up to the Brexit vote in 2016. In online messages Martin and Maria hark back to other eras - his immersion in London's 1970s punk explosion and her tales of teenage drug-dealing and murder on Spain's notorious Ruta Destroy party scene. As Martin gets ever closer to Maria, she constantly surprises him by detailing different aspects of her life - such as running a bar for a criminal motorcycle gang in Valencia, her seven-year stint as a professional dominatrix, and a decades long struggle with heroin.