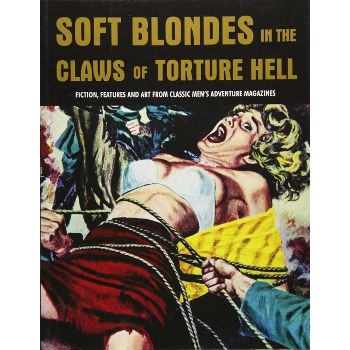 SOFT BLONDES IN THE CLAWS OF TORTURE HELL

Men's adventure magazines were a form of pulp publishing which flourished in '50s and '60s America, pandering to the cruelty and lust of young men with luridly illustrated stories of war, sleaze and savagery. They arose partly in response to the inauguration of the Comics Code in 1954 by presenting material in a new, 'adults-only' format. SOFT BLONDES IN THE CLAWS OF TORTURE HELL is a new anthology which collects some prime examples of text and artwork from a range of men's adventure magazines published during the golden age of the genre.