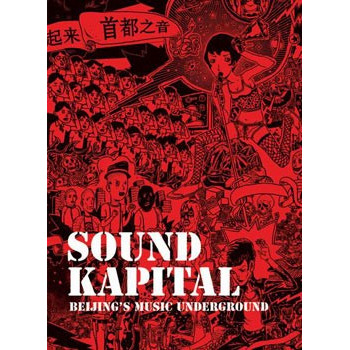 When communist China celebrated its 60th anniversary, its national identity seemed, more than ever, refreshingly vulnerable to change. And as contemporary Chinese youth embrace unprecedented levels of independence and cultural self-consciousness, another Western invention - rebellious rock 'n' roll and gritty punk music - has emerged as a rising form of creative expression. Just as the 100 Club and CBGB fostered punk movements in London and New York City, Beijing's D-22 nightclub serves as the epicentre for its burgeoning alternative music scene. Though the idea of an "underground scene" is often associated with punk, D-22's small stage hosts a variety of acts, from glam rock to experimental electronic, classic rock 'n' roll and Mongolian folk music. Many bands have hard-rocking frontwomen in the vein of Karen O from the Yeah Yeah Yeahs; some sing in both Chinese and English. All eschew the country's mainstream affection for saccharine pop. Sound Kapital: Beijing's Music Underground captures the scene in a collection of band portraits culled from thousands of photos taken in D-22's basement over two years. The style, humor and energy of these subjects are both authentic and familiar. These kids have quite a bit to rebel against. Hardcover, color. Includes a CD of tracks by the movement's best bands, with two songs by Carsick Cars (a band that has opened for Sonic Youth and Dinosaur Jr), including its breakout hit "Zhong Nan Hai", considered the unofficial anthem of the Beijing underground.