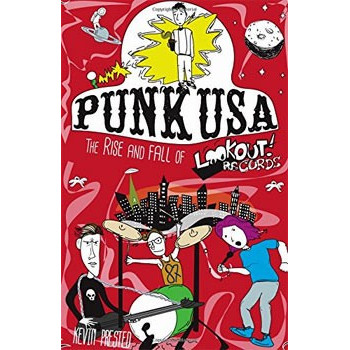 PUNK USA - THE RISE AND FALL OF LOOKOUT RECORDS

Through hundreds of exclusive and original interviews, Punk USA documents the empire that was built overnight as Lookout launched a teenaged Green Day, sold millions of records, and rode the wave of the second coming of punk rock until it all came crashing down. In 1987, Lawrence Livermore founded independent punk label Lookout Records to release records by his band The Lookouts. Forming a partnership with David Hayes, the label released some of the most influential recordings from California’s East Bay punk scene. Originally operating out of a bedroom, Lookout created "The East Bay Punk sound,” with bands such as Crimpshrine, Operation Ivy, The Mr. T Experience, and many more. The label helped to pave the way for future punk upstarts and as Lookout grew, young punk entrepreneurs used the label as a blueprint to try their hand at record pressing. As punk broke nationally in the mid 90s the label went from indie outfit to having more money than it knew how to manage, and the label struggled as much with success as it did from any other difficulty. Kevin Prested chronicles it all even-handedly, through interviews and a careful combing of the records. This definitive book is perfect for anyone who is curious about the the unlikely, improbable inside scoop on how musical careers are made and unmade.