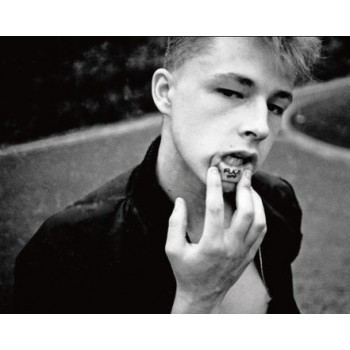 OH ! WHAT FUN WE HAD

Taking its name from the Madness song of the same name, British photographer Gavin Watson’s disrupts the popular notion of skinheads and council-estate residents as problematic figures, while still preserving the subversive character of the cult of youth.
Gavin Watson was born in London in 1965 and grew up on a council estate in High Wycombe. He soon started taking pictures of his younger brother Neville and their group of skinhead friends in the town. The ‘Wycombe Skins’ were part of the working-class skinhead subculture brought together by a love of ska music and fashion. Although skinhead style had become associated with the right-wing extremism of political groups like the National Front in the 1970s, Watson’s photographs document a time and place where the subculture was racially mixed and inclusive, and the DIY party culture was springing up around London.