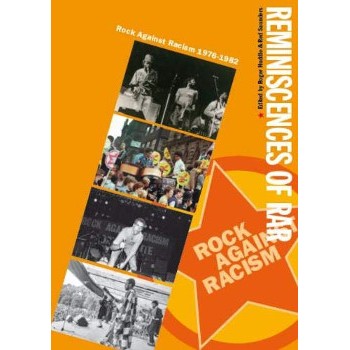 Rock Against Racism 1976-1982. RAR came into existence in the autumn of 1976 in response to a rise in racist attacks, and the continuing growth of the Nazi National Front. In August a racist tirade by blues guitarist Eric Clapton from the stage in Birmingham led to a letter, jointly signed by the compilers of this book, to the music press critical of Clapton's racism and asking for readers to support an anti-racist campaign through music. The response was overwhelming and a movement was born. For the next six years RAR was at the centre of a cultural movement against racism and the NF. From 1978 it was partnered with both the Anti-Nazi League and School Kids Against the Nazis. Together they had broken the National Front by 1979 and continued the fight against racism with RAR's Militant Entertainment Tour, and in 1981 the fourth and final Carnival in Leeds. This extended 2nd edition of the book brings together the reminiscences of 71 activists and supporters during the period. From many backgrounds and ages, musician and audience, punk and rasta, street fighter and pogo dancer, united with a single aim: to Rock Against Racism.