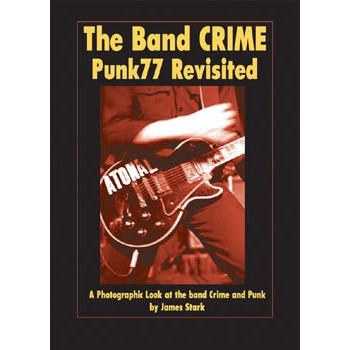 The Band Crime, Punk 77 Revisited is James Stark's second book of punk photography. The Band Crime is a continuation of Punk77, focusing on one of the important early punk rock bands: Crime. Before punk, there were two bands in San Francisco who were laying the ground work for the punk look and attitude - Crime and The Nuns. The Band Crime features over one hundred photographs with text to set the scene. Crime was a visual band who took care to make sure their look was right. It was not unusual for Crime to have a different look for each show. When the author first met them, they were into South of Market gay bar drag - poppers, shiny wife beater T-shirts, black leather jackets, and leather motorcycle caps.