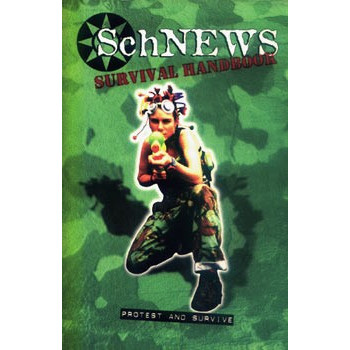 Schnews Issues 151-200 (January 1998 - January 1999)These issues are published in the book 'Survival Handbook': Read all about it! Genetic crop sites get a good kicking; streets reclaimed all over the world; docks occupied in protest of death at work; protestors rude about multinational corporations' plans for world domination...SchNEWS gives you the news the mainstream media ignores. Tells you where to party and protest. Tries not to get all po-faced about what's going down in the world.These 50 SchNEWS issues are together with a set of 'survival handbook' stylee articles to help you survive into the new millenium... plus photos, cartoons, a comprehensive database of nearly five hundred grassroots organisations and more in...SchNEWS Survival Handbook