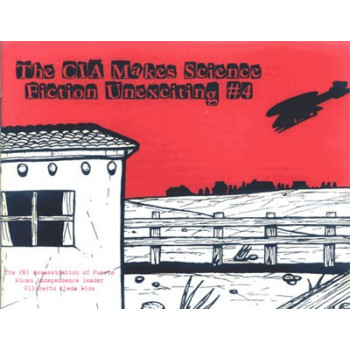 Friday, September 23, 2005 - The FBI fired over 120 bullets into the home of Puerto Rican independence leader Filiberto Ojeda Rios. Autopsy reports show that he bled to death from a gunshot wound to his shoulder. The FBI considered Ojeda Rios the head of a domestic terrorist group - the militant Puerto Rican independence group Los Macheteros and he was their most wanted man until 9/11. But in Puerto Rico he has long been viewed as a hero and now many Puerto Ricans of all political stripes have questioned the FBI's actions, especially because the shooting took place on the anniversary of an 1868 uprising against imposed Spanish rule. Puerto Rico is an illegal occupation of the US and under international law, the actions of the US are terrorism and the Puerto Ricans are freedom fighters. Amnesty International said that the killing should be considered an extra-judicial execution if the FBI deliberately killed Ojeda Rios or deliberately left him to die, when they could have arrested him. Why didn't we hear about any of this on the nightly news? If agencies of the US government are still carrying out vigilante justice like they did in the 1960s, has anything changed ? Artwork by Keith Rosson.