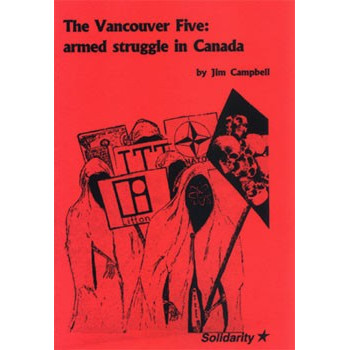 As Direct Action and the Wimmen’s Fire Brigade, they never explicitly claimed to be anarchist. For that matter neither did their supporters. We never denied being anarchists either. Our anarchism developed out of political practise rather than theory and history. In this discussion, the word “We” will be referring to the small milieu that the Vancouver Five came out of. Only those five choose to follow their ideas through to a logical conclusion and go underground. But others were influenced by similar developments elsewhere, and shared a desire to shake up Canada politically.

The political context for Direct Action was international. In the mid to late 1970s and into the 1980s the Red Army Fraction in Germany and the Red Brigades in Italy were only the largest of various guerrilla groupings in Europe. Insurrection in Europe seemed possible in spite of the massive level of repression directed against these militants who assassinated and kidnapped politicians and corporate executives. Canadian anarchist papers such as Open Road, Bulldozer and Resistance brought news of these struggles to North America.