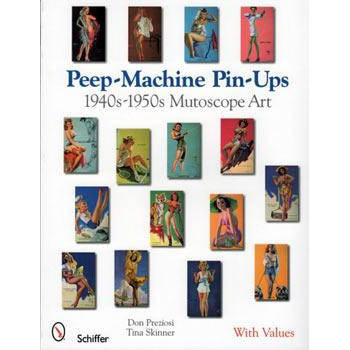 Machines called Mutoscopes offered quick shows for a penny from 1895 until as late as the 1970s, flipping cards to create the impression of a "moving picture." Associated with amusement piers and parks, and men's restrooms, these machines were notorious as proprietors of cheap peeps. During the 1940s, the International Mutoscope Reel Company began to manufacture coin-operated vending machines that served up 5-1/4" x 3-1/4"cards for collectors, usually of "pin-up" material. This comprehensive collection of more than 250 highly-collectible images includes work by noted artists Zoe Mozert, Earl Moran, and Gil Elvgren, among many other signed and unsigned, talented portrayors of the female form.