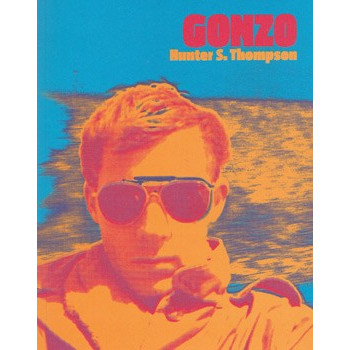 GONZO presents a rare look into the life of this literary legend, whose groundbreaking style of gonzo journalism made him one of the greatest writers of his generation. Now, for the first time, his photographs and archives have been collected into a visual biography worthy of his literary legacy. With a heartfelt introduction by close friend Johnny Depp, GONZO captures a man whose life was as legendary as his writing. This impressive title features hundreds of personal photographs many never-before-beenpublished and taken by Thompson himself. Accompanied by writing and memorabilia, this visual history gives insight into the literary icon s life. GONZO chronicles Thompson's numerous adventures, including his early days as a foreign correspondent in Puerto Rico, his life in Big Sur in the sixties, time on the road with the Hell's Angels, his seminal Fear and Loathing in Las Vegas, his running for sheriff of Pitkin County in 1970, and many personal moments with friends and family throughout the years.