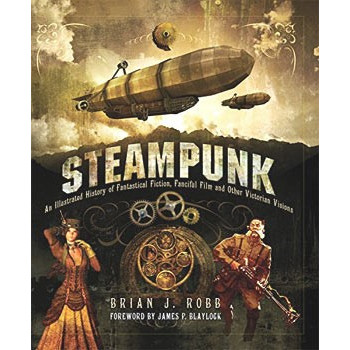 Simultaneously a literary movement, ultra-hip subculture, and burgeoning cottage industry, steampunk is the most influential new genre to emerge from the late twentieth century. Spinning tales populated with clockwork leviathans, cannon shots to the moon, and coal-fired robots, it charts alternative histories in which the British Empire never fell and the atom remained unsplit. Spectacularly illustrated and international in scope, this comprehensive history explores steampunk's many intricate expressions in fiction, cinema, television, comics, and video games, and traces its evolution into a truly global aesthetic that has made its mark on art, architecture, fashion, and music. From the classic science-fiction of Jules Verne, H. G. Wells, and Mary Shelley, through the dystopian futurescapes of Cyberpunk, to the otherworldly imaginings of Hayao Miyazaki, Alan Moore, and China Miéville, author Brian J. Robb sets the key works of steampunk squarely under the lens of his brass monocle and ventures into a world where airships still rule the skies.