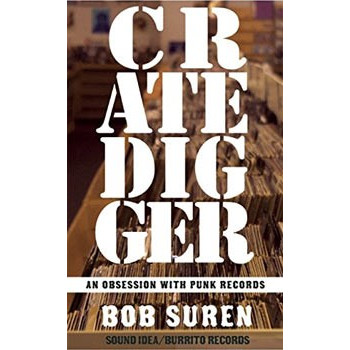 A small town Florida teenager discovers punk rock through a loaned mix tape and punk music and culture slowly takes over all aspects of his life. His new passion causes him to form a band, track down out-of-print records that he loves and begin to reissue them, open a record store, begin a record distribution operation as a public service, mentor a host of young musicians, and befriend all manner of punk luminaries along the way. Slowly, his life’s pursuit pushes him to the point of personal ruination and ultimately redemption.

"Really brings to life the early days of the American punk scene as it spread slowly across the country, through turntables, fanzines, and word of mouth. His vivid vinyl recollections illustrate how good record stores and adventurous college radio stations were so essential in bringing startling new music into the lives of many previously isolated kids. It follows the trajectory of a kid-turned-concert-promoter as his passion for music became all-consuming." (Jeff Nelson, Minor Threat)
"A fun, easy-to-read, personal narrative of 30 years of living through Punk Rock—finding records, going to concerts, making discoveries, and a myriad of other experiences—that help the reader "make sense" of a still-inspiring cultural revolution and breakthrough "philosophy of life" that spawned the current "entrepreneurial culture" (where everybody wants to start their own "start-up"). D-I-Y, indeed..." (V. Vale, RE/SEARCH Publications)